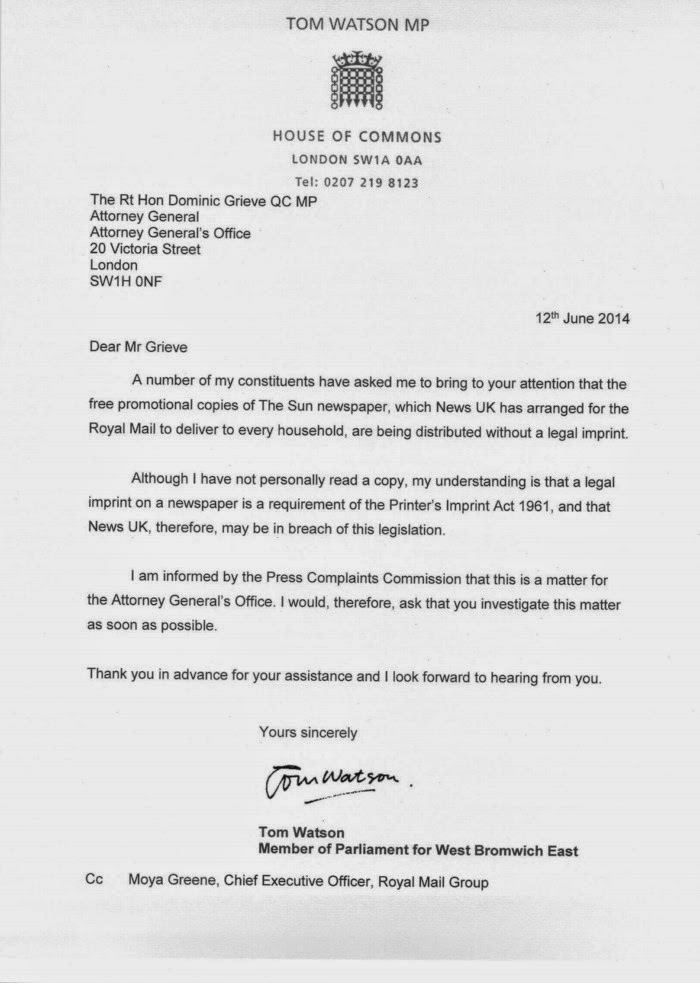 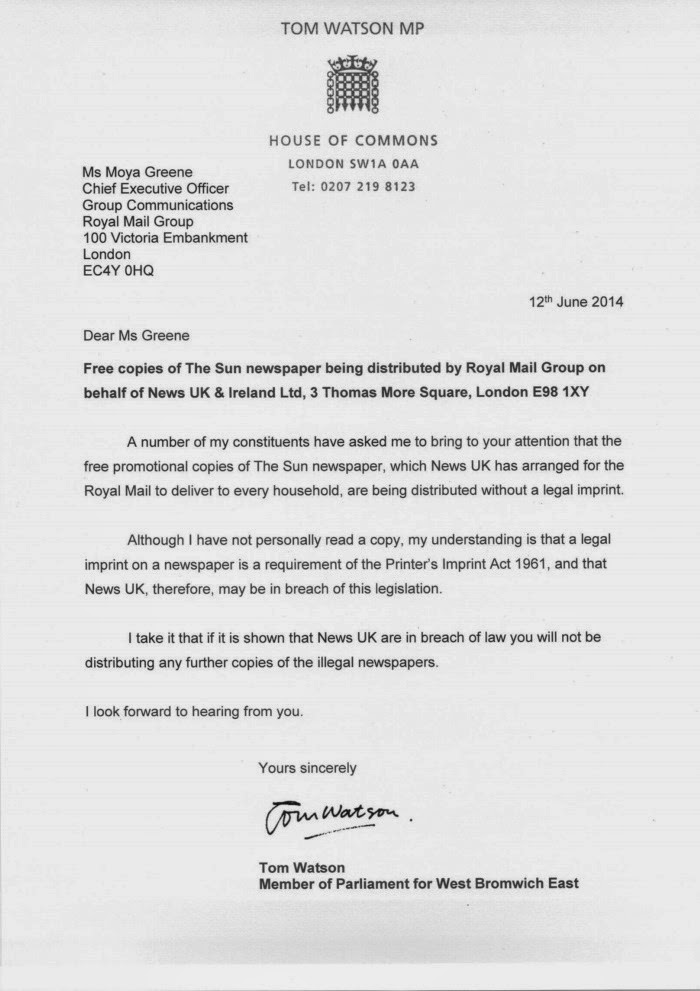 Every now and then the Newspapers in this country come up with a marketing wheeze that seems to be going to cost an arm and a leg, and you can’t quite see how anyone will ever make a profit. One example is the 1980’s Newspaper Bingo Craze, but the current free giveaway Sun offer seems to go way beyond that.

The paper is in the middle of a three day scheme where every household in England is to receive a copy of the paper except those in the city of Liverpool, for Hillsborough related reasons.

That’s 22 Million copies due to appear through the letterboxes of the nation in the next 48 hours.

There are odd things about living in a house with a retired printing engineer. He just doesn't appreciate books and newspapers in the same way most people do. Whereas for me it’s the content that is king, for him the construction methods are frequently the things that are the most interesting.

While the Sun freebie would have headed straight for the recycling, someone picked it up and found there were staples on the spine. And that activated his interest. Who could have printed this edition as usual Newspaper printing machines tend not to have stapler units?

If you take a look at your newspaper there is an easy way to find this out, there is a small section of text in every edition that tells you these things. This is called the Imprint.

The imprint will have the name and address of the Newspaper, the Publisher, the Printer, and then the words “Registered as a newspaper at the Post Office” followed by copyright declarations.

This small section has to be there by Law so that Libel Claimants know where to send legal claims, or the Police Know whose door to kick in if your newspaper is trying to Bring down the Government , and publisher and printer can be fined for excluding it.

The relevant laws are the Printers Imprint Act of 1961 and the Newspapers, Printers, and Reading Rooms Repeal Act 1869 One of the relevant section reads as follows


Every person who shall print any paper or book whatsoever which shall be meant to be published or dispersed, and who shall not print upon the front of every such paper, if the same shall be printed on one side only, or upon the first or last leaf of every paper or book which shall consist of more than one leaf, in legible characters, his or her name and usual place of abode or business, and every person who shall publish or disperse, or assist in publishing or dispersing, any printed paper or book on which the name and place of abode of the person printing the same shall not be printed as aforesaid, shall for every copy of such paper so printed by him or her forfeit a sum not more than [level 1 on the standard scale]:

A Level 1 fine on the standard scale is Up to £200 since the Criminal justice act 1991 came into force and that amount is due for every single copy of the newspaper that doesn’t include the required details.

The Free giveaway Sun issue that’s being pushed through 22 million doorways as we speak, Guess what it’s missing?

Somehow the Imprint has failed to make it to the printed copy.

How this has happened is something of a mystery, as it is usually part of the standard computer generated outside leaf of the newspaper, and printers are well aware of their legal responsibilities. If they print a newspaper without an Imprint, not only are they fined, and the publisher fined, but they also are not allowed to claim the cost of the printing back from the publisher. A double hit on anyone who might consider doing this.

Some articles on this obscure piece of law say that it’s only a £50 fine, but they may be based on the previous fines schedule, but even that would amount to a £1.1 Billion fine.

It may however be that with the current schedule, the expected fine is ¼ of the maximum, It’s just something that happens so rarely there aren't that many court cases to refer to. One thing that is certain is that there will be a queue of Liverpool lawyers and MPs demanding the Attorney General takes the appropriate legal action over this illegality.

If this does end up in court, it could end up the most expensive publicity campaign in newspaper history.
Posted by Brown Moses at 23:46 380 comments: